Join Date: Jun 2018
Posts: 274
Banning of SUV's
This am on Radio 4 was a person speaking about banning SUV's on the grounds of their size, emmisions and just too big. and wanting us to all use small cars. If this is being considerd by HM Government then we should start shouting now.


I did a little research: As most of you would know the Ecosport uses the same floor pan as the 7th Generation Fiesta to within a few millimetres it is the same size as a Fiesta albiet a bit taller. Using the figures for a Fiesta and Ecosport with 17 inch wheels the emissions are virtually identical.

So, if like me accessing a small car is very difficult, a SMALL SUV fits the bill.
Perhaps attention could be paid to the press on this matter and if it looks as if it is a 'runner' write to your MP otherwise we will all be forced into small cars.

Remember some of the people shouting would consider some small cars as large. Not all of us can manage a bicycle and like us have NO buses closer than 5 miles away. Two years ago, I had to get a Taxi from the bus stop to home and it was £13.
freddyford is offline
Quote
post #2 of 4 (permalink) Old 03-08-20, 05:38 PM
colinJYD
Senior Member

Electric cars..
I think we have more worry about electric cars coming in to start removing fueled vehicles in the next decade or two, rather than banning SUV's. My own dislike of electric cars is excessive cost and lack of range, creating range worry.

Example: my wifes Smart Fortwo was £11.5k new for a 1.0 petrol engine, range 300 miles on one tank. The identical car with an electric motor/batteries is £17k, with a poor range 70 miles at best in summer on one charge, and even less in winter, due to cold effect on batteries.

Diesel cars...
At present its diesels thats on the way out, as they are possibly going to be banned in many major cities, or having to pay a fee to enter. This was one of the reason I went over to a petrol Ecosport after a decade of EU4 and EU5 diesel cars, also the fact the EU6 emissions on newer diesels are far more complex, DPF filter, burn cycle and adblue, and thus more chance of faults, was a deciding factor to go back to petrol, which has two 02 sensors and a catalytic convertor, which is far simpler.

SUVs affecting parking....
The one thing that does affect motoring, is the large amount of SUVs now on the road which affects parking, as parking spaces have never increased in width, as cars, especially SUV's have got wider. Sometimes it is very difficult to get in your car, if large SUV's have parked either side

If you look at USA parking, because of wider cars there from way back in the 50's, they usually have wide parking and even in the diagonal arrangement, so you just drive in and out diagonally, instead of having to make a ninety degree turn to park. There should be more of that here in the UK. Or at least wider parking spaces.
colinJYD is offline
Quote
post #3 of 4 (permalink) Old 05-08-20, 06:06 AM Thread Starter
freddyford
Senior Member


Join Date: Jun 2018
Posts: 274
Interesting your comments re the electric Smart car. Yesterday did a 65 mile round trip so would have been right on the edge of running out of power. Motability are offering the electric Smart Car with no down payment but 70 mile limit rules it out. However as we were close to a MG dealer and at the moment a MG Electric is available for £499 down payment I thought I would have a look. Well, having been locked down for car sales, I should have thought some interest would have been shown in ANY enquiry,
Two males talking one with the garages name on his sweat shirt, about footpaths. Eventually after waiting, I aplogised for interupting and asked if the cars were unlocked as I should like to look at the inside of one. Reply I think so. Of course they were locked. I looked back at the two males, completely ignored. So I went on my way. I could not believe that footpaths were more important than speaking to a potential customer. So no MG, I wasn't happy about considering a Chinese car but it might have been a possiblilty. What is wrong with our country? Bemoaning the fact of jobs disappearing and those that are supposed to be working are just not interested.
freddyford is offline
Quote
post #4 of 4 (permalink) Old 06-08-20, 12:41 PM
colinJYD
Senior Member

Join Date: Aug 2016
Location: West Coast Central Scotland
Posts: 707
Garage
I have many issues on new cars that I do not like, but one that really bothers me is the trend over the last 15 years for the side of the car to be clean, ie, no side protection strips. It seems to be the designers choice of clean lines and not bother about real life driving and parking.

As I said in my above comment, with cars and SUV's getting wider and seemingly the parking spaces getting narrower, we have a good chance of being bumped, dented and/or scraped, as there is no side rubber protection strips to protect doors and panels.

I tend to park as far away from a supermarket as possible to avoid dents. Then idiots park right next to me

Just wish Ford offered aftermarket stick-on protection strips, like Toyota do on many of their models. 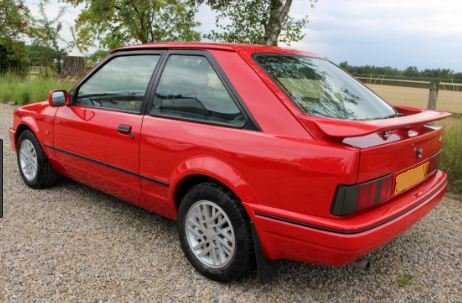