In the UK there are now some Smart motorways located around the country which means no hard shoulder to park on, and only have emergency laybys every mile or up to two and a half miles apart to park if your car breaks down, and you know the chances are you are not going to breakdown next to a layby. There are supposed to be cameras to watch for broken down cars on the motorway, but the system is ineffective, and has and will lead to further deaths.

The reason Smart motorways were introduced was to save money by not having a hard shoulder, and this makes them pure death traps. I think they are very dangerous.

A woman who lost her husband to this, is now doing a protest in London on the 1st November, to make the Government get rid of smart motorways and pay for hard shoulders instead, and give people in broken down cars a chance of survival. Even with a hard shoulder you are supposed to get out the car and climb the grass embankment and sit there till services arrive. It must be worse without a hard shoulder. 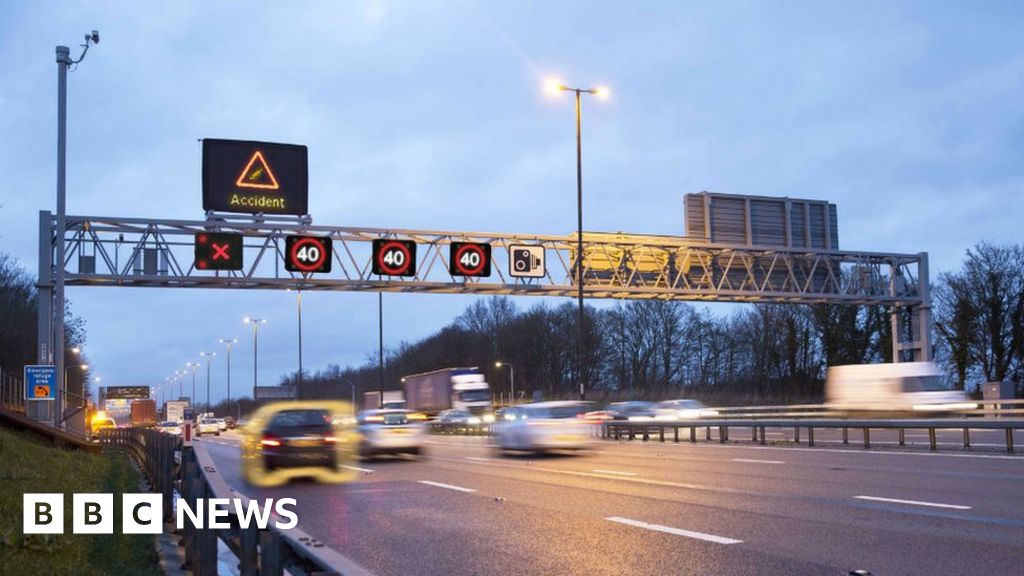 Protesters have carried coffins across London’s Westminster Bridge to represent deaths on smart motorways since they were introduced in a bid to ease congestion. 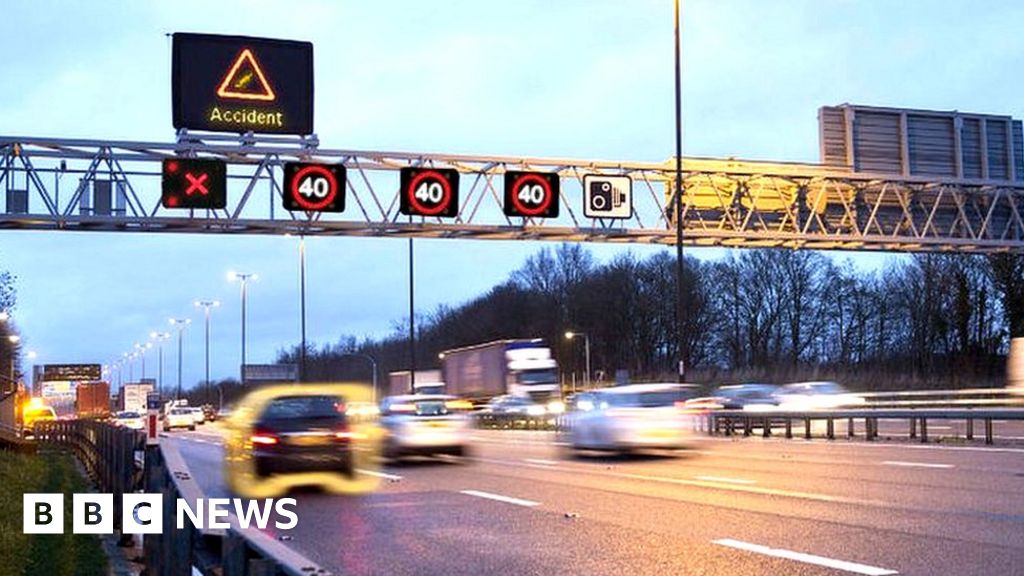 More safety data is needed before the hard shoulder is made into a permanent traffic lane, MPs have said.
www.bbc.co.uk

What gets me, was that these smart motorways was a cheap way to get an extra lane by tarring over the hard shoulder, making it difficult to get off the motorway if you breakdown. The AA say you should head for an emergency layby, but most likely you will not get there, if you breakdown.

Now they say this was a cheap way of getting more lanes on a motorway, yet the money involved in covering the motorway with cameras and call centres full of people to see breakdowns, must cost as much as an extra lane. And even with this technology, cars could be broken down in a lane and not noticed by the monitoring system, for some time, leading to cars plowing into stationary cars, leading to carnage and death.

Joined Aug 18, 2016
·
975 Posts
On BBC Panorama documentary last night 'Britain's killer roads' the death rate is up last year to 1600 deaths a year, a 5% increase. The above Smart motorways were discussed as being so dangerous, as if you break down on the inner lane with no hard shoulder, you could get smashed up by vehicles coming up on the lane and not spotting the stationary car till too late. All future smart motorways have been put on hold till decision is made on safety.

The above was one reason for more deaths, and other reasons below according to Panorama is also a killer.

Dissapearing traffic cops..due to Government cutbacks the number of traffic cops has been reduced. Well to me thats nonsense where i live, as up here in Central belt Scotland during covid lockdown, I had never seen so many cops patrolling the roads, and checking up on people, It was disgusting, as though we were criminals and easy targets, and the police were not after real criminals at all. OK, may be other regions have a lack of traffic cops but not up here.

Lack of fixed speed cameras working..I for one hate speed cameras on motorways as its mainly just revenue income for the council. According to the TV show some counties have all speed cameras switched off due to lack of council funds, but I would not like to put it to the test, as they might or might not be working. so assume working. Also the number of mobile speed cameras to me up here in Scotland have increased not decreased, I spot them all the time, but agree with them if located in correct places, like entering a town or a village into 30 MPH zones.

Fewer drink driving checks....Agree there was hardly any drink driving checks up here in Scotland this year, but the figures of drink driving in Scotland has reduced, as a few years back they reduced the figure of alcoholic intake, down to a stage where we could not drink a pint of beer and drive any longer, as they still can in England and Wales. We are limited to half a pint. So best not drink at all. If England and Wales followed suit, that would cut down on drivers drinking. The other danger not mentioned was drug taking and driving, as that can cause serious problems as well.

Lack of upgrades to country roads....The A82 in Scotland was mentioned as seriously dangerous, ie, the road to the Highlands up by Loch Lomond where I live. I am on that road a lot. The problem is that it is a main artery to the North and has big and wide Heavy Goods Vehicles on it, and the roads get very narrow and bendy. Other problems is that many drivers are not used to the hazards of narrow country roads, and many over speed and crash. We also have the problems of foreign tourists who suddenly start driving on the wrong side of the road when they drop their concentration on narrow roads. Also animals like sheep and deer and even horses getting onto the road, one man was killed a few years back by a horses head going through the windscreen. The main problem is lack of funding to upgrade the road. It took years just to fix a known bottle neck, ie, a small portion of road where it had become singe lane with traffic lights allowing cars to go either way. The road was modified to two lanes. I just cannot see Governments putting money in to upgrade the A82 at all. There has been a pure lack of funding for Scottish road upgrades over the decades. The same I would say happens in other rural areas like Cornwall, with narrow bendy roads with high stone walls, making it difficult to see round, and easy to get your door mirrors smashed in.

Finally..I would say the standard of driving since we came out of lockdown has really deteriorated a lot. So beware and anticipate the road ahead and stay safe. 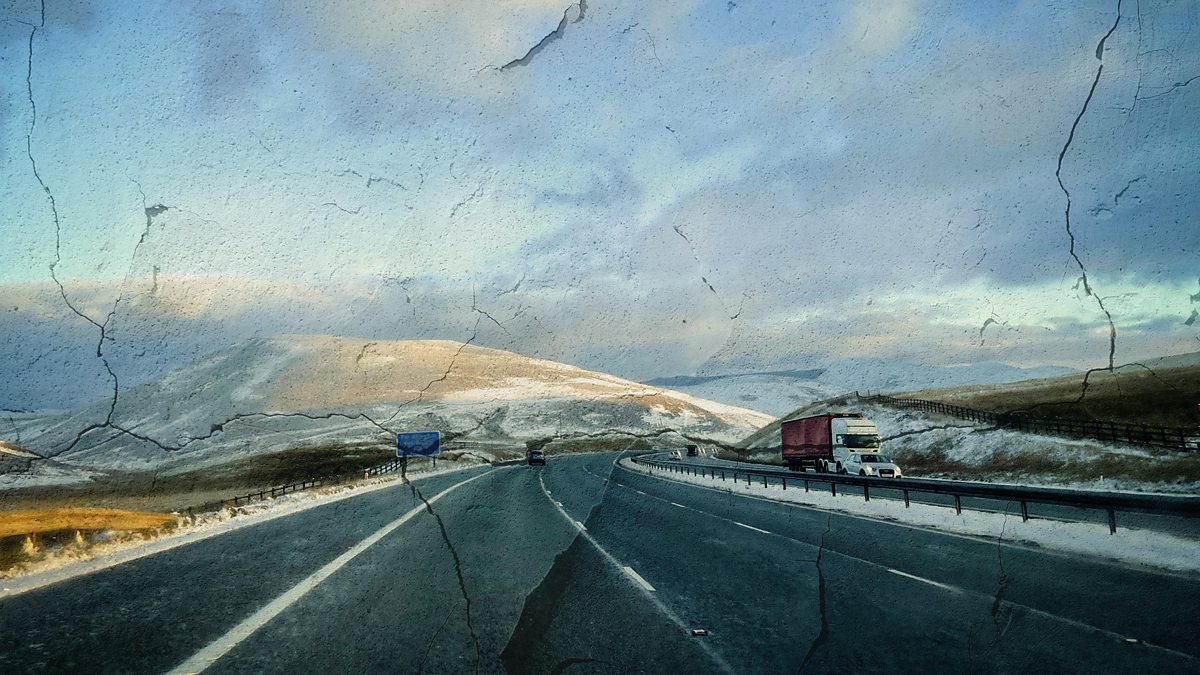 Richard Bilton investigates the increased risks when we get behind the wheel of a car.